I understand that most maps users have submitted use custom textures. They, however, do not usually include the .wad file when submitting the maps.

What is used to compile the maps/wads into one final .bsp? I've had no luck in Batch Compiler. 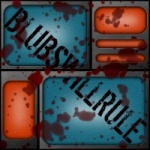 What method are you using to compile?

Why didn't Batch Compiler work out for you? 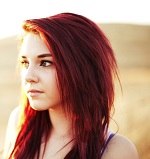 I had problems with using BatchCompiler because I lack an administrative environment. This has been reversed, though. I'll was able to extract the program files for BC. My problem was mainly based on the inability to compile because of account restrictions. This has been solved.

I installed and opened up Batch to see how it works. I'm on mobile so I won't be able to go too in depth but I assume I point it in the direction of my compiling tools I used in Valve Hammer (not using Jackhammer because of, once again, account restrictions). I am using the newer tools, though, not those terrible ones they give us.

Are there any good tutorials out there to set up the environment in BatchCom? I only found a few good resources and they didn't provide much help.

Once again, thanks for your replies.

You'll want to go to
File->New Preset
then setup your stage paths to your compiling .exe's under
Options->Setup->Stage Paths where you link it to your CSG,BSP,VIS, and RAD programs.
Then set your Output variable in the same window under the "Variables" tab.

Then under the CSG tab, on the top right, you'll want to check a box for "WAD File" and link it to the wad file(s) you used for the map.

I would also check the box on the bottom left titled "WAD Auto Detect" so the bsp file only includes the textures that are used.

Batch Compiler has plenty of options, but they are well documented.

Last thing you want to do is make sure at least CSG, BSP, VIS, and RAD are checked on the very right under "Stages" as this is what programs will execute.

Now you just load up your map's .map file next to "Run", and hit Run.

If you need more help just let me know!

Don't forget to save your preset so you don't have to continually set it up every time you run it!

Here are some images of my presets in case you have any questions.: 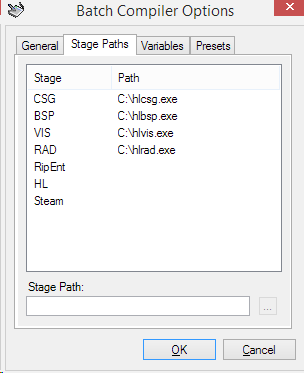 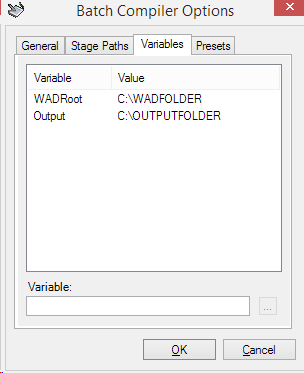 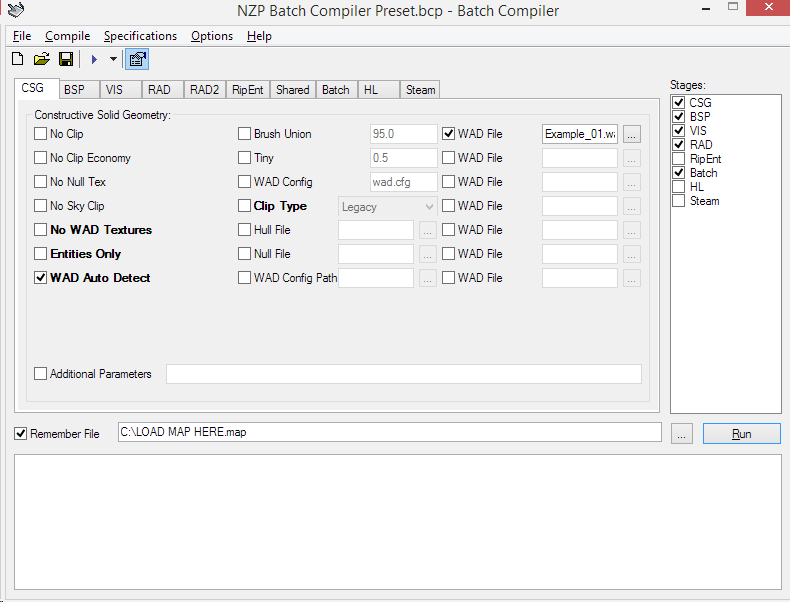 Batch Presets for cleaning up after compiling. 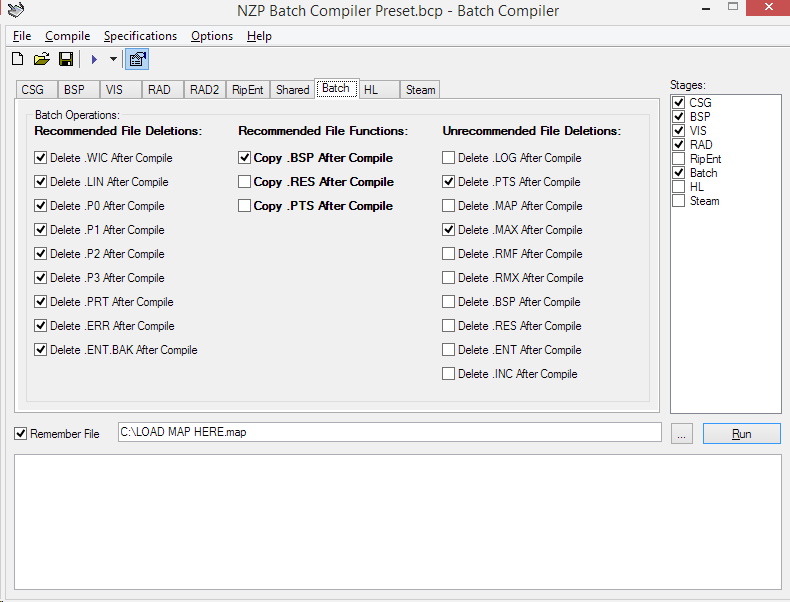 If anyone is interested, you are able to run Batch without upgraded privileges on Windows by downloading the archive version of Batch Compiler instead of using the windows installer found in the NZP v1 SDK.

A link for a direct download is here (Not warez).

Re: Question about Compiling