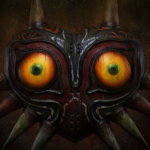 PLEASE, BEFORE GOING INTO THE BLOG, GET INTO THIS Strawpoll AND FILL IT. PLEASE, BE HONEST AND VOTE.

I hope you voted and were honest voting. Luck with reading!:
Well, welcome. I've thought that this is the moment to talk and think about NZP and its future.

I want to research again, thats why you SHOULD HAVE voted before reading the post.

I have asked some community members and, i have deduced this.

Actually people declares BETA 1.1 is better because of:

Since I arrived, I waited till the day Demo Released. It came like something exceptional. But you know what? PC didnt had its UBER-Awesome release. That have made Beta 1.1 stay. While Demo 1.0 dont have a "PC Version", you could use Emulator. Yes, Demo 1.0 doesnt have MP working, but still;

I want you to think about:

My answers are this:

Final conclussion:
I would never touched that stuff if Demo released before and it had MP. 100% Guarantee.

Basically, ive not found anyone complaining about this, but there we go:

You may know, there are DEVELOPERS that are interested in NZP project (Like me) that want to make it better (Thats why i did NZP Unofficial Patches) and could make it better, if you, the developers become more open and sociable with community. Yet this is all up to you to be "The Infamous EA" or a "Good Indie Dev Company". I want to say that this is just my opinion of the devs. They are not here. Neither saying they are busy, nor saying they are working at all or just they are tired and wont do stuff (Except for Blubs, he is doing all hard work right now and is kinda active) and, fyi, i have done almost everything to talk with devs and try to socialize with them. THEY are just empty accounts for me...


(Emotive feelings) I just want NZP be a known game, and for sure, i wont lie. My objective in this community is being developer. As you read.

Heading back to other stuff...

Versioning. Why the heck theres a 1.1 and then a 1.0? thats like irrelevant. It is like this right now:

Why you did that? is like... Strange and kinda confusing. I would have used:

Personally, its more Professional. By the way, as you dont released so much versions, you could simplify it:

This could be OK for NZP development. Now, doesnt your versioning sound strange to you?

Well, back from my versioning talk, I dont even think about coming back to NZP Beta 1.1, and i will still think this forever and ever. And do you know why? Because...

Beta 1.1 is a Closed Source release, unable to be modified without breaking something, unable to be customised as further versions, not very optimized, generic and WHAT IT REALLY IS, a PSP Game (I am hypocrite, as ive said before in another post that this is not a PSP Game, but still, is designed to be PSP Game, but i want you to notice that is what it is.)...

Demo 1.0 now is Open Source, the community seems to like updates and STILL, is just a PSP Game. (Able to be run in PC, as ive said in the other BLOG.)

What do you think about this? I really rage when people says that 1.1 is better. MAYBE HAVE MP, but NEVER, EVER SAY IS BETTER.

Sorry about the crap i wrote. All this love goes to the devs. By the way they are awesome, good people and they did this for no cash.

Thanks for reading my crap.

PD: I will add stuff as you Comment, so please DO IT, JUST DO IT. (meme moment)

Weren't we like a solid 10 minutes away from getting Multiplayer to work on the Demo anyways Peri?

People also like Beta because of Pack and Punch as well as it being distributed right from the NZP team. Plus we really screwed the pooch on 1.03, with the whole pause crash and all.

@Naievil wrote:Plus we really screwed the pooch on 1.03, with the whole pause crash and all.

The objective is tell what you dont like about something and share it. Ive selected the Infamous Beta because is something i hate

SENSITIVE INFO FOR SOME PEOPLE:
as the religion, is just a complete loss of time.